A NEW TECHNIQUE FOR THE FUTURE OF AGRICULTURE IN GREECE

♻️It is a valuable solution against parasitic plants and fungi by avoiding the use of chemicals. By burning, it creates only steam and carbon dioxide. It leaves no harmful substances in the soil. The principle on which this technique is based is the boiling of parasitic plant tissues. The temperature transmitted to the lymphocytes produces a sharp spread of the cell plasma causing the outer membrane to rupture. In other words, this technique does not burn the parasitic plants. It immediately measures its use, the plants show a difference in texture and the color of the leaves becomes more intense. The way and speed with which the work is followed determines the cost of execution. These depend on the growth of the parasites but also on the type of surgery that needs to be done. The impact on the environment is negligible with negligible cost estimates♻️

✅Uses and applications of ecological pesticides in open crops

Herbicide can be done at the same time as carving on crops such as corn, soybeans and sunflower seeds. This can be done when the crop is in a state that can be resistant to temperature. The work is done in a specific space on the line. The interested surface that comes in contact with the temperature is around 15 cm. For each row there are 2 burners that are turned directly to the root of the plant (the operation is done below 5cm from the ground). The plant must already be grown and be around 15 to 20 cm if we want to intervene. Considering that a machine can work in parallel in 6 rows we can assume a gas consumption of 48 kg / hour. The speed at which the work proceeds is about 4km / h and depends on the degree of “infection”. The desktop depends on the width of the rows between them but also on the speed of the work. In case the width of the rows is 75cm, the work surface reaches 1.8 acres with an average gas consumption of 25kg per acre. Each burner has a nozzle adjusted in such a way as to control the amount of heat directed to the crop. The fan that produces the air current is driven by the rear drive of the tractor. The system consisting of the burner and the fan are mounted in pairs on each independent part that has the knives for carving. The fuel used by the burners is gas from two 25 kg cylinders each. The bottles are placed in a special case with autonomous heating. The fuel is supplied to the burners through two central electronic systems, one of which is located on the edge of the machine while the other is located near the driver’s seat with a magnet.

The control and security systems can detect any abnormality in the operation of the machine and intervene automatically even if the user is not present.

Ecological herbicide can be repeated on the same crop and in the same soil at short intervals, 20-30 days, without causing damage.

From this we conclude that this technique is very useful for intensive crops such as vegetables with small circle leaves (eg arugula, lettuce, valerian, etc.) and vegetables in rows such as potatoes, carrots, onions, garlic and more.

Another application of this technique in intensive crops is in medicinal plants, mainly in those where the production is perennial and from which the leaves are collected.

The execution of the technique depends on various factors such as:
▶️Production period
▶️Method of sowing and transplanting
▶️The life cycle of the plant
▶️Repeated production cycles on the same soil

ℹ️For more details about the products, watch the following video: 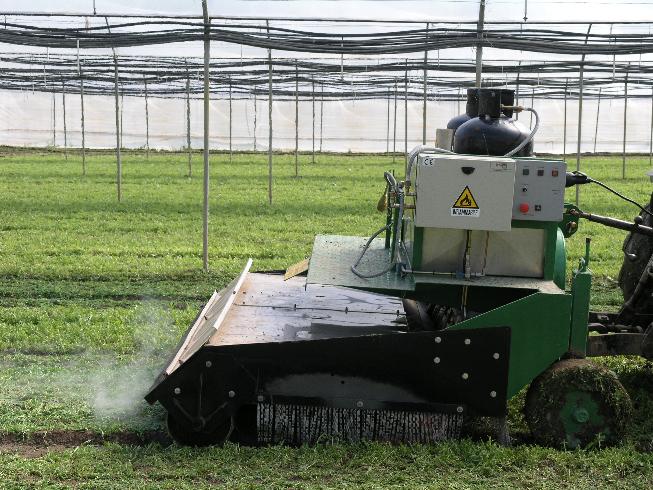 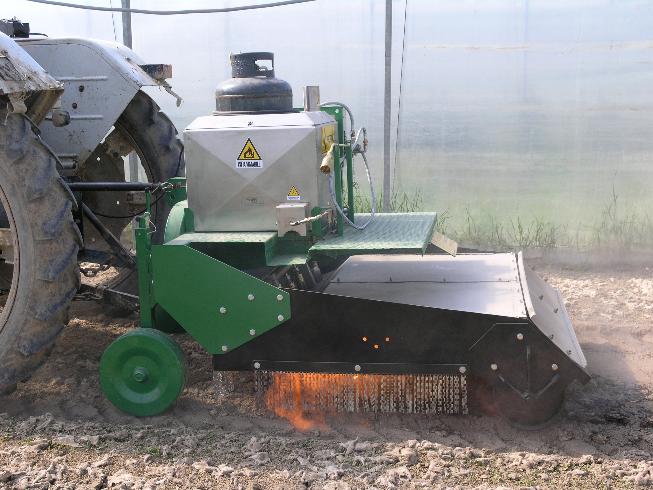 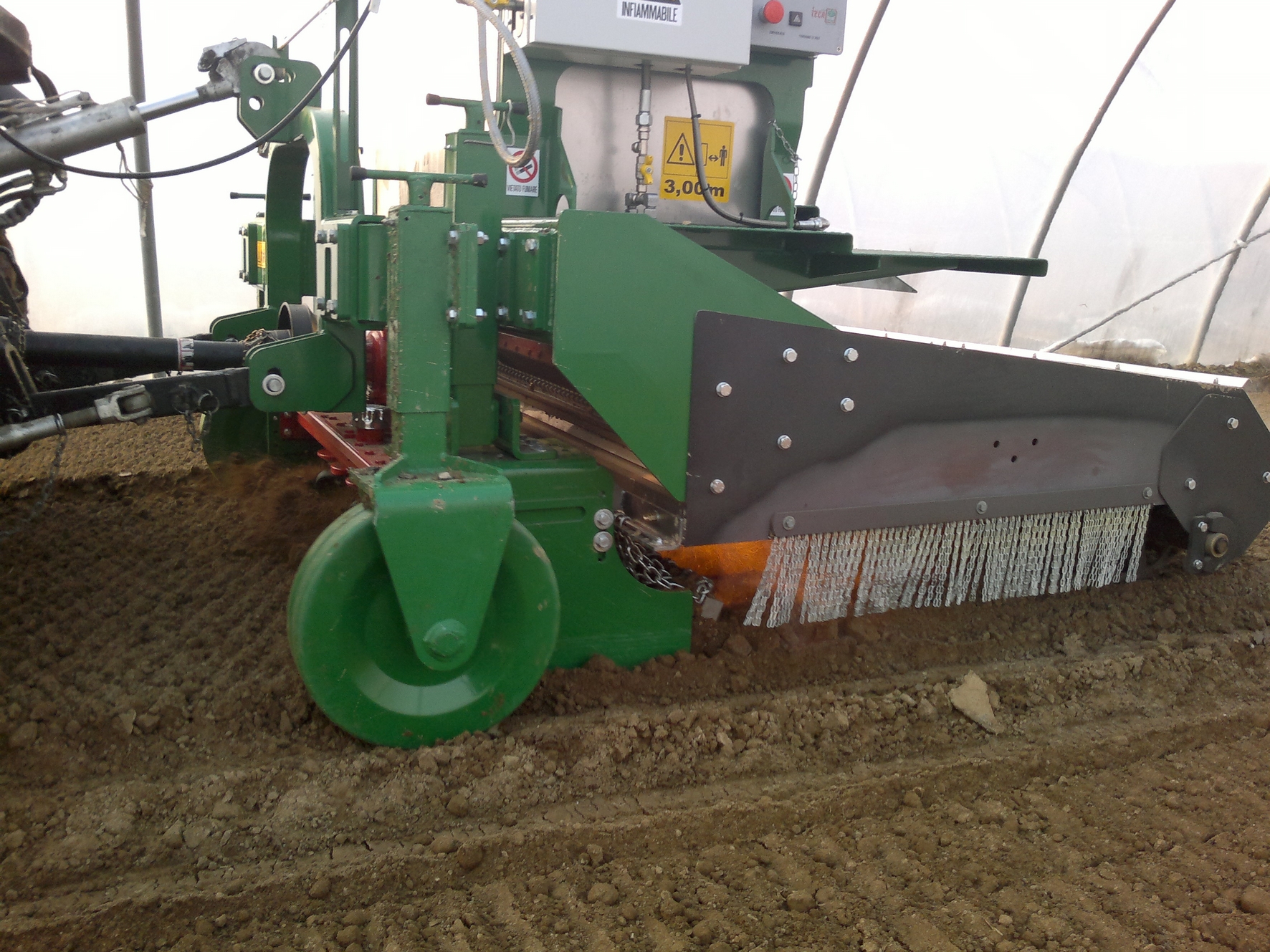 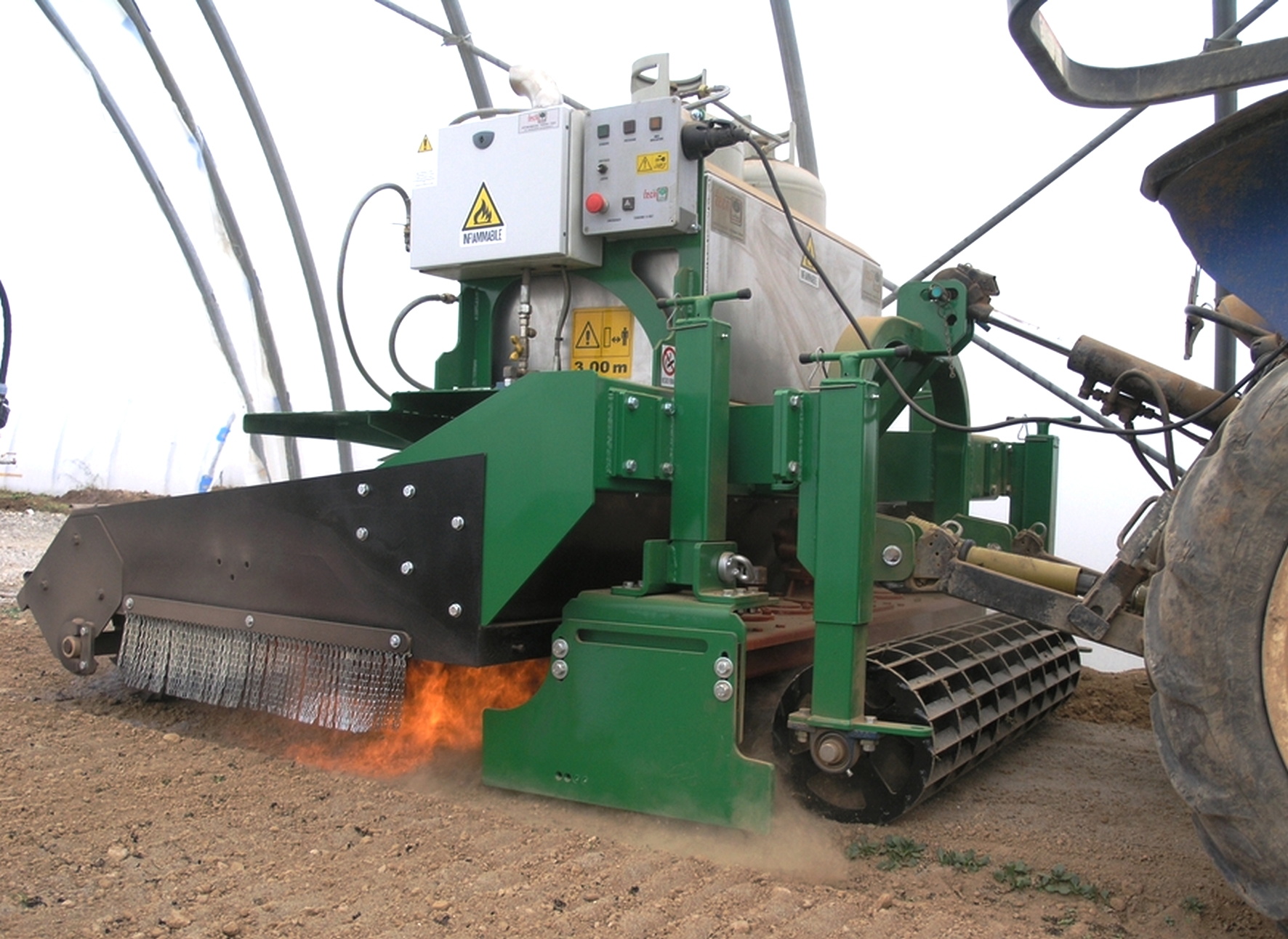 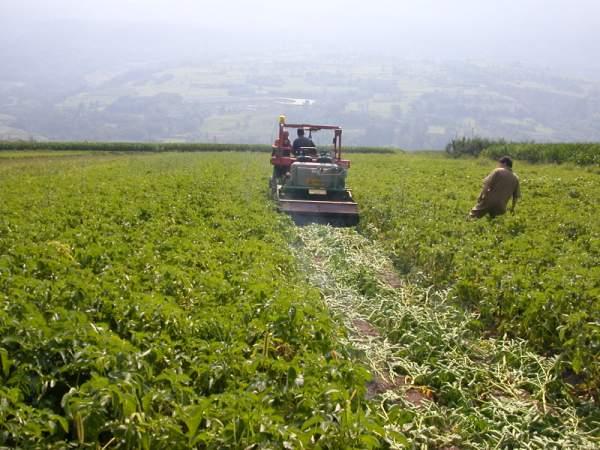 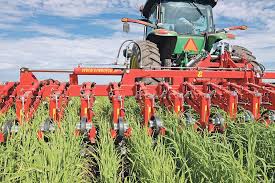 With news from the Industry, our products and offers

Join our community.
More and more companies and professionals in the field are creating new relationships with us. Stay up to date by reading our latest news